Everyone knows it – the folding rule

All this and even more we clarify now!
The reading time of this article is about 4 minutes 30.

“Zoll” like Zollstock originally comes from Middle High German. There it was written “Zol”, which meant as much as a cut piece of wood. It used to be customary to use cut pieces of wood to measure something.
Your own body served as a guide. For example, the piece of wood was as long as the thumb was wide, or as long as part of the foot. The cubit was not spared either. 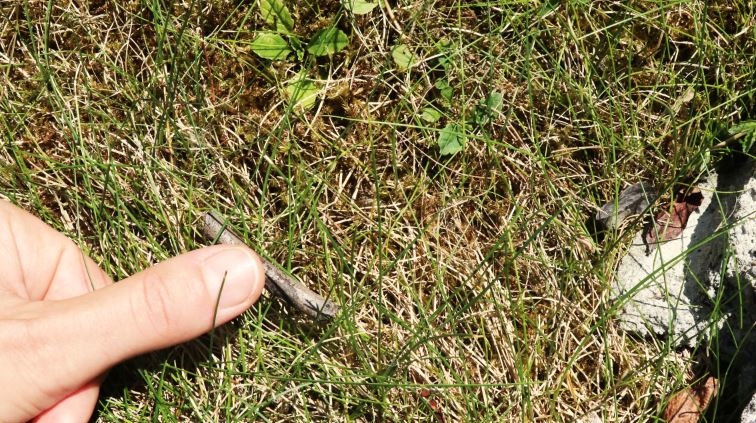 In former times the thumb served as a guide. A cut piece of wood was as long as a thumb wide.

To be able to imagine this better: One inch was the twelfth part of the foot. The piece of wood was divided into twelve sections and the folding rule was finished. A wooden stick the length of one foot. It can be assumed that the first precursors of today’s folding rule were made here.
At some point this way of measuring became too imprecise, as it is known today that not every human being has feet of the same size. So humans were forced to agree on more exact units of measurement. So they agreed that one inch should be exactly 2.54 centimeters long.

And who is wondering now …

Today we no longer measure in inches, but in centimeters and meters. As a result, the folding rule, also known as the metre rule, was created. Meanwhile the good pieces are made of wood, aluminium and plastic. Some plastic folding rulers are even reinforced due to their advantages, for example with glass fibre parts.

There are folding rulers made of wood, aluminium and plastic. Here you can see a plastic folding rule from the Kunststoffwerk in Buchs.

How do I know which is the best folding rule for me?

Having the wrong folding rule is a bit like wearing the wrong shoe. It simply does not fit and cannot be made to fit. You can’t find a denominator. This makes it all the more important to seek competent advice when choosing a folding rule. Depending on which industry you come from, it makes little sense to buy a wooden measuring stick. Because: Where a lot is worked with water or chemicals, for example paints, one need not be surprised at the end if the edges of the new folding rule swell up or one can hardly read the scale from the desperate attempt to scrub off the paint. Annoyingly it doesn’t come close here! And again you can look around for a new companion.

What is worth paying attention to when buying?

When buying a folding ruler, make sure that it is of good quality so that you avoid rusting and too rapid a wear of the accuracy.

When buying a folding ruler, make sure that it is of good quality so that you avoid rusting and too rapid a wear of the accuracy.To catch a glimpse of the accuracy class is no mistake here either. The minimum requirement for the EC accuracy class is III, where I is the most accurate class. If you have ever used a folding rule, you certainly know that it can sometimes be quite useful. In order for you to get the most out of your folding rule for a long time, we also recommend to pay attention to a high elongation at break in order to bring the stability to a maximum. Additional benefits include metal ends or returning scales for reading from both sides.

Can today’s folding rules do more than just measure?

Over time, people, the world and nature evolved. So the basic features of the folding rule naturally continued to progress. Nowadays there is nothing that does not exist. The practical all-rounders are now available in a wide variety of variations. For example, there would be a folding rule with a sliding depth gauge to measure holes.

This not only provides those who use it daily with valuable time, but also saves them cumbersome work steps. It is rather rare to find an integrated angle scale in a folding rule. Especially in professions where you often drill once and join parts together, this represents an absolute added value. But you cannot only measure straight distances and corners with folding rules for a long time! A circumference meter can also help with a round object. And so you will find the right folding rule for almost every special field.

You can find circumference meters, protractors, etc. in our assortment! Our folding rulers consist exclusively of plastic with glass fibre components.

You want to be well advised? Then you have come to the right place!
Contact kwbswiss 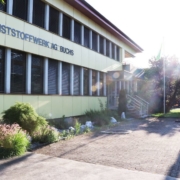 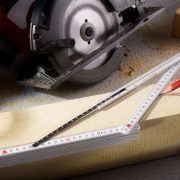 Why it is worthwhile to advertise with LongLife®! 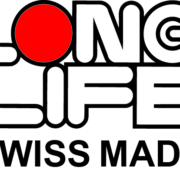 Want to join the discussion?
Feel free to contribute!

Live Chat – Connected to each other
Scroll to top

This site uses cookies. By continuing to browse the site, you are agreeing to our use of cookies.

We may request cookies to be set on your device. We use cookies to let us know when you visit our websites, how you interact with us, to enrich your user experience, and to customize your relationship with our website.

Click on the different category headings to find out more. You can also change some of your preferences. Note that blocking some types of cookies may impact your experience on our websites and the services we are able to offer.

These cookies are strictly necessary to provide you with services available through our website and to use some of its features.

Because these cookies are strictly necessary to deliver the website, you cannot refuse them without impacting how our site functions. You can block or delete them by changing your browser settings and force blocking all cookies on this website.

These cookies collect information that is used either in aggregate form to help us understand how our website is being used or how effective our marketing campaigns are, or to help us customize our website and application for you in order to enhance your experience.

If you do not want that we track your visist to our site you can disable tracking in your browser here:

We also use different external services like Google Webfonts, Google Maps and external Video providers. Since these providers may collect personal data like your IP address we allow you to block them here. Please be aware that this might heavily reduce the functionality and appearance of our site. Changes will take effect once you reload the page.